Transliteration is the conversion of text from one writing system to another. The transliteration of Cyrillic to English is provided below. The Russian language consists of 33 letters in its alphabet, while English has 26. Included in the table below are two non-vocalized letters: the hard sign (Ъ), and the soft sign (Ь). Both are considered “silent vowels” but also aid the native speaker to pronounce the surrounding letters appropriately. Two letters, replaced with the new orthography in 1918 in post-Revolutionary Russia, are noted below. The ѣ (Yat) was replaced with the letters е or i for example and the ѵ (Izhitsa) with the letters и, and ѳ (Fita) was replaced by the letter Ф. One might find these letters in pre-1918 Russian postal history.

Having problems seeing the Cyrillic alphabet below? Make sure your webpage allows encoding that is set to Unicode (UTF-8) to properly view the transliteration table.

A representation of a Cyrillic keyboard* can be found below the transliteration table. 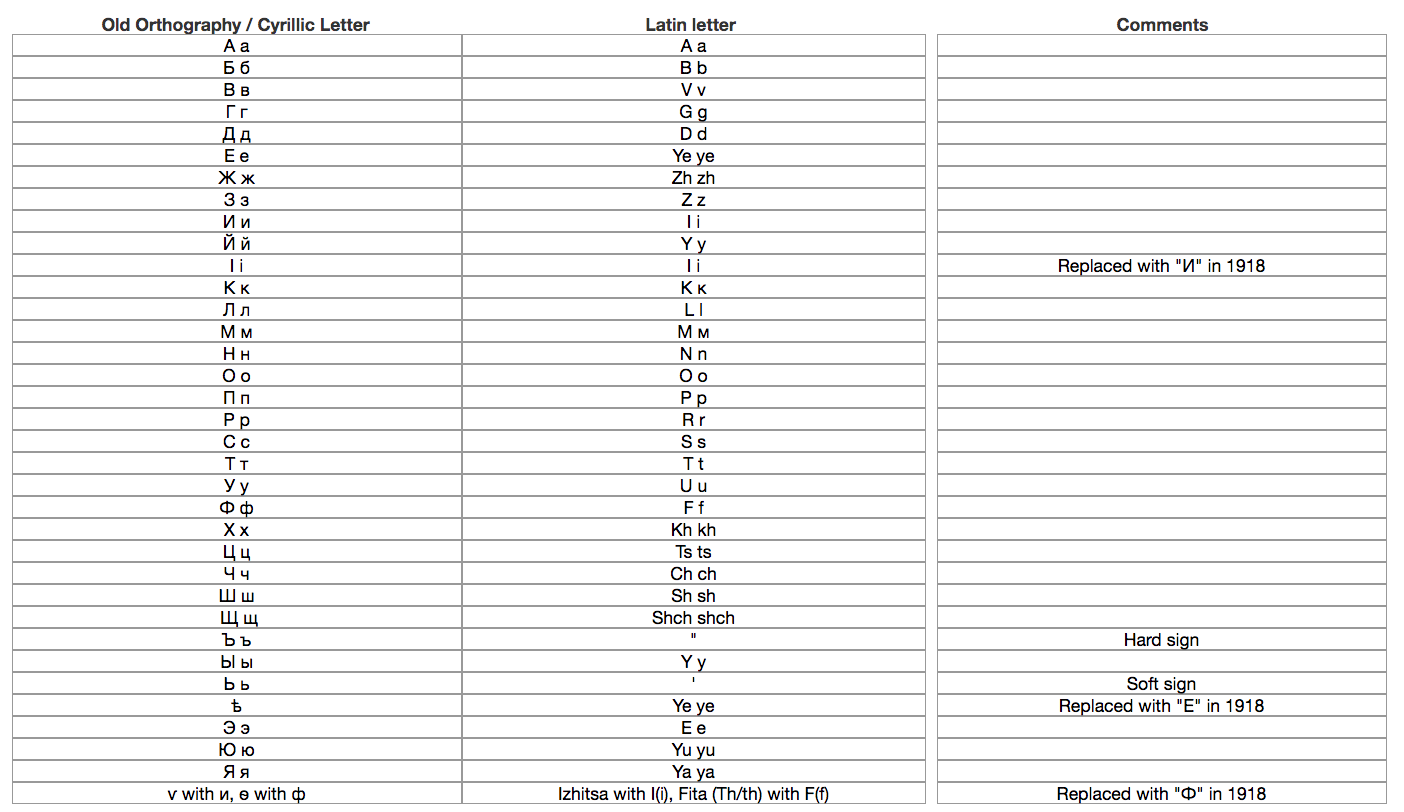