About the Rossica Society 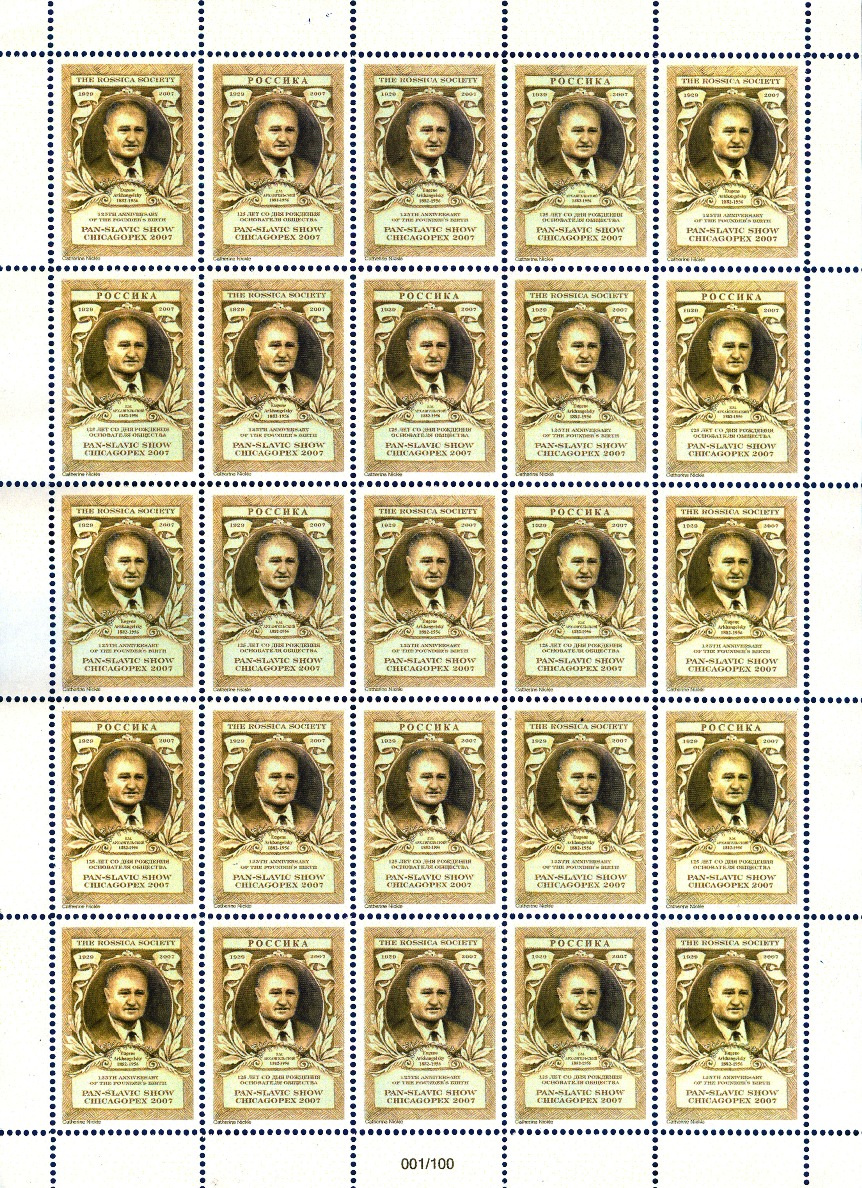 Rossica has been in existence for more than 93 years. The Society was established on April 14, 1929 in Igalo, Yugoslavia. The brainchild of Eugene Arkhangelsky, a prominent aerophilatelist and philatelic author, its early adherents were mostly émigré White Russians who fled their country after the October 1917 coup and scattered to the four corners of the globe. The political, economic and military upheavals in the 1930s and 1940s chased Rossica's center of gravity from Yugoslavia to the Baltic States and then to Shanghai, where the war in the Pacific prevented it from distributing its journal, and World War II wiped out much of its membership. The Society collapsed in early 1942 and took a decade to reconstitute itself, this time in the United States, where it remains based to this day.

The Society didn't begin as the "Rossica Society of Russian Philately;" rather, it was called "Rossika - The Russian Society of Philatelists in Yugoslavia (ROFRYu)." David Skipton captured the beginnings of the Society in his seminal work "A Short History of the Rossica Society (1929 - 1968)". In 1930, the first journal appeared which would later evolve into today's Rossica Journal of Russian Philately. The first issues of the journal were printed in Russian. In the 1950's the journal was published in both English and Russian. Today, the journal is published exclusively in English, reflecting a need for a common language among our international membership.

Prospective new members can learn about all of the benefits associated with Membership and can download an application form from our Membership page. The Rossica Society is a non-profit 501(c)(3) organization.

Today, there are over 291 active Rossica members from 46 US states and 40 different countries.